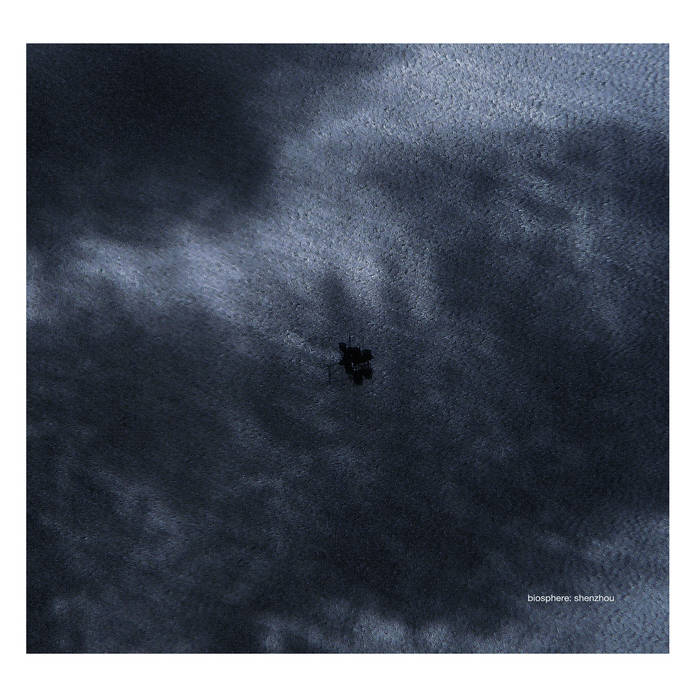 Light Ahead Takes me to the dark side of my soul.... Favorite track: Path Leading To The High Grass.

Paul Cooper, Pitchfork: ""Shenzhou", aside from being the name of the Chinese manned-spaceflight vehicles, means "magic vessel", and I can't imagine a more apt description for Geir Jenssen's latest excursion into ambient deep listening. After following an Aphexian trajectory with his releases on Apollo, the ambient sublabel of Belgium's R&S; Records, Jenssen veered from the padded sci-fi-inspired techno of Microgravity and Patashnik with 1997's Substrata, a genre-defining exploration of drifting soundscapes. Substrata remains for many the album that perfectly expresses the serenity and intensity of Arctic wildernesses, a landscape Jenssen knows intimately, having spent much of his life in the Norwegian Arctic Circle.

In 2000, Jenssen nearly eclipsed the success of Substrata with Cirque, a frequently frosty submerging of excerpted conversations and found environmental sounds that rivals Wolfgang Voigt's Gas project in its rumbling, gauzy beauty. Jenssen again relies on found sound as source material for Shenzhou, but this time, the found sound is old vinyl recordings of the orchestral works of French Impressionist composer and ambient precursor, Claude Debussy. Jenssen lifts fragments of these scratched records in a similar manner as he did for Cirque's "Black Lamb Grey Falcon" and "Iberia Eterea".

The ten tracks (out of the dozen on the album) that follow this model all begin as a barely audible hum, like a small electrical transformer, out of which the dust-dappled loops of Debussy's woodwind, brass, and strings emerge, condense, and fade out into pink noise rustles. Unlike Steve Reich's phase pieces or Brian Eno's Discreet Music, though, Jenssen doesn't set his loops against each other to produce juxtapositions and piquant dissonance; he uses them to describe imagined terrain, at first glance monotonously flat and barren, but on concentration, replete with minute detailing. The overall effect of these pieces is a sense of immensity. The orchestral loops sound distant, abandoned in a vast wilderness, and strenuously battling against Arctic winds. Jenssen sets the listener down in this wilderness as an aloof observer, a witness to the music's futile struggles against entropic forces.

The two tracks not derived from Debussy share the same hypnotic aesthetic. The brief interlude "Bose-Einstein Condension" is a loop of piano chords lolloping in search of coherence, while "Gravity Assist" is a longer voyage into woofer-quaking low-frequency manipulation, bell-like drones, and contrails of subdued noise. I can't help but feel that these tracks fit awkwardly and break up the conceptual flow of the album. This, however, is a minor quibble given the power of this music. Shenzhou is unquestionably a magic vessel, but one that reveals its enchantment only to those who pay close attention."

All tracks written and produced by Geir Jenssen.
1-10 based on the orchestral works by Claude Debussy.
Remastered by Stefan Betke.
All tracks published by Sony ATV.

Written for The Samphire Tower, a building designed by Jony Easterby and Pippa Taylor, situated on Samphire Hoe in Kent. Supported by the Arts Council of England.

Benji B talks about his new compilation ‘Deviation Classics’